Introduction: Lymph node counts have become a surrogate measure for the extent and quality of pelvic lymph node dissection (PLND) at radical cystectomy, but little consideration has been given to the methodology of lymph node processing. We report results from a prospective series comparing a conventional protocol for processing PLND specimens to a fat-emulsifying protocol. We hypothesized that the rate of node positivity would increase with the fat-emulsifying protocol.

Methods: Patients undergoing radical cystectomy for cTis-T4aN0- 1M0 urothelial carcinoma of the bladder were eligible for this trial. Palpable lymph nodes were isolated from the PLND specimens in the conventional protocol. The remaining tissue was then processed with fat-emulsifying solution to identify further nodes visually. Nodal counts were compared between techniques.

Results: The median number of nodes counted in the PLND specimens of 26 patients was 24.5 (range: 20–40) with conventional processing and 37 (range: 24–52) with the fat-emulsifying solution (p < 0.001). Three patients had lymph node positive disease detected by conventional means, and a single patient was found to have a single positive node by the fat-emulsifying solution alone. The study was closed early after conducting a futility analysis.

Conclusions: A fat-emulsifying protocol identified more lymph nodes than a conventional protocol and may be an appropriate method to standardize lymph node processing following PLND. However, we were unable to show that such a standardized approach significantly increased the rate of node positivity in patients undergoing radical cystectomy.

Associate Chief of Surgery, Quality and Safety,  BC Children's Hospital 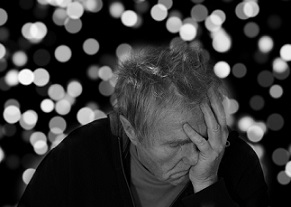