Introduction: Clinically benign prostatic hyperplasia (BPH) is classically associated by the progressive development of lower urinary tract symptoms (LUTS). The incidence of bothersome LUTS is associated with age and may vary in patients over 50 years old. In many developing countries with an aging population, BPH associated with LUTS has become a major health issue. To optimiz equality of care and control of cost, there is an imperative need to examine the pattern of BPH management. The goal of this study is to capture the Canadian trend in surgical management of BPH and the use of laser therapy during the last 5 years from 2007-2008 to 2011-2012.

Results: Overall, the total number of TURP procedures remained stable from 20 294 procedures per year in 2007 to 20 629 in 2011. In terms of distribution according to provinces, in 2011, about 40% of procedures were performed in Ontario, 20% in BC, 18 in Quebec and 8% in Alberta. These proportions between provinces have remained similar and stable between 2007 and 2011. In contrast, the number of alternative minimally invasive procedures has slowly grown from 767 interventions in 2007 to 1559 in 2011. Overall, laser procedures represented 7.6% of the total number of BPH surgeries in Canada in 2011. The contribution of laser therapy to the amount of total BPH procedures largely varied between provinces.

Conclusions: The use of minimally invasive laser procedure alternatives to TURP is progressively growing. Among the novel laser therapies, HoLEP and GreenLight vaporization are the only procedures that have demonstrated equivalent outcomes compared to TURP in randomized clinical trials. Furthermore, due to shorter hospital stay, these novel laser modalities have the potential to reduce healthcare expenses for the treatment of BPH. We can infer that following the trend observed in the United States, the number of laser therapies for BPH in Canada may increase significantly during the coming years. 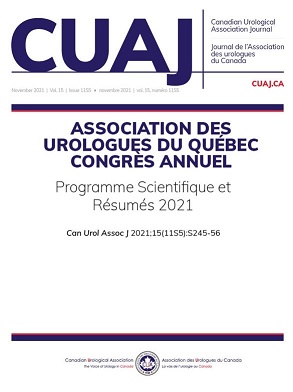